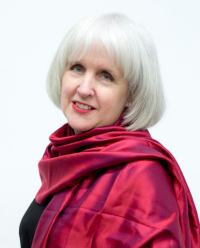 On Saturday, April 28, Editors BC presents Moira White’s seminar, “Eight-Step Editing.” This seminar breaks the editorial process down into tasks to improve the readability of an author’s written work. The eight steps are to shorten sentences, take out the trash (i.e., unnecessary phrases), deflate long words and phrases, reduce negatives, eliminate the equations (i.e., equating or linking verbs), activate the passives, lead with strength, and parade your paragraphs.

Moira White is an Ottawa-based editor, writer, and trainer with decades of experience in plain language editing, writing, and teaching for government and corporate clients. She entered the work world as a social worker and later moved into social policy with a master’s degree in the field. In both professions, she found that her organizational skills, attention to detail, and love of words pointed her in the direction of editing. Currently, she teaches writing and editing courses in Ottawa and across Canada. Moira is a past president of Editors Canada.

Carl Rosenberg, a volunteer on Editors BC’s communications and social media committee, spoke to Moira about her work and her forthcoming seminar.

Hello, Moira! Thank you for taking the time to chat with us. How did you come to your various careers in social work and social policy and your current career as an editor, writer, and teacher?

Like many in my generation, I took a circuitous route to becoming an editor.

I’d always wanted to work with people, so the logical first step was social work. After three years of front-line work in Ontario and the NWT, I moved to Ottawa for a master’s degree in social policy.

Then life intervened, and in the next dozen years, I had five children, completely changing my intended career path (and life—in the best possible way). During the years I worked from home on writing contracts, others would ask me to help them fix what they’d written, commenting that my writing sounded better. I didn’t know why though, so I took many courses, read numerous editing books, and worked with a great mentor to become an editor.

During this time, I joined Editors Canada and volunteered at my local branch (Editors Ottawa-Gatineau) and nationally. I began teaching writing and editing classes in 2002 and discovered much to my surprise that I loved it. Teaching closes the circle by bringing me back to working with others again.

What are the goals and benefits of “Eight-Step Editing?”

“Eight-Step Editing” is my favourite course to teach. Developed by Jim Taylor in the 1980s, it provides a step-by-step system for improving writing—either your own or someone else’s. I took it early on in my editing career and again as a refresher years later.

“Eight-Step Editing” provides a starting point when you’re overwhelmed or simply don’t know how to improve a piece and yet maintain the author’s voice. It also provides a way to prioritize edits when time is short.

I was honoured to be one of the editors whom Jim Taylor asked to continue his legacy by teaching “Eight-Step Editing” to others. The new booklet for this seminar continues the tradition with updated content.

How do the eight steps complement basic aspects of editing, such as spelling, grammar, and punctuation?

The eight steps do not include the basic mechanics of copy editing—spelling, grammar, and punctuation—but they certainly complement them.

My mother always told me that there was no point in fixing small problems without fixing the big ones first. “Otherwise, you’re just putting lipstick on a pig!” she’d say. By making the changes outlined in “Eight-Step Editing” first, editors can begin by taking care of the bigger problems. Doing so often sorts out some of the smaller problems along the way.

On a lighter note, what are a few of your favourite books and publications—editing-related or otherwise?

The best book I’ve read on writing in the last few years is Steven Pinker’s The Sense of Style: The Thinking Person’s Guide to Writing in the 21st Century (Viking Penguin, 2014). He describes “the curse of knowledge” and says that “It takes cognitive toil and literary dexterity to pare an argument to its essentials, narrate it in an orderly sequence, and illustrate it with analogies that are both familiar and accurate. As Dolly Parton said, ‘You wouldn’t believe how much it costs to look this cheap.’”

The best book I’ve read on language recently is Kory Stamper’s Word by Word: The Secret Life of Dictionaries (Pantheon Books, 2017). Years ago, I might not have believed that an entire book about dictionary-making could be so much fun. I’m now an avid fan of Stamper’s and follow her on Twitter.

My most recent book club book was The Immortal Irishman: The Irish Revolutionary Who Became an American Hero by Timothy Egan (Houghton Mifflin Harcourt, 2016). It’s a great read on an epic scale, and I loved it. I think it’s the only book my book club friends and I have read in the past few years that we unanimously liked.

Moira, thank you very much for sharing your experience and expertise. We’re looking forward to your seminar on April 28.

Carl Rosenberg edited “Outlook: Canada’s Progressive Jewish Magazine” from 1998 to 2016. He has a diploma in Latin American studies from Vancouver Community College and a bachelor of arts in Spanish language and literature from UBC. He has recently begun volunteering with the communications and social media and committee of Editors BC.

Katie Beaton recently discovered her love of editing and decided to enrol in the Editing Certificate program at SFU. She hopes to one day work as a professional editor. Until then, she continues to pursue her other love: travel. When she’s not exploring the world, she can be found teaching yoga, writing, and enjoying every brunch spot Vancouver has to offer.